Home » How Does Playing An Instrument Affect Your Brain 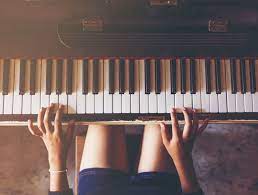 Words from the great Plato described music as wings to the mind, and music actually provides the mind with wings to fly even though there is no scientific proof to back that up yet.

Based on recent studies and research, there is evidence that learning to play a musical instrument will benefit the brain in so many ways, but how does playing an instrument affect your brain?

Music improves several brain functions and other benefits, which is what this guide will address today.

According to some studies, learning to play a musical instrument is one of the quickest ways to recover from brain trauma.

It is essential to introduce kids to a musical instrument at an early stage, and this is because it will benefit the kid in so many ways.

How does playing an instrument affect your brain? This is one question that many have searched for answers over the years, and we encourage you to continue reading this post to learn more about the connection between brain development and music.

Your brain will be greatly impacted when you learn to play a musical instrument rather than engage in another brain development activity. Therefore, it will be more beneficial when you begin playing this instrument sooner than later.

In every musician’s life, there are large nerves connected to both sides of the brain, and there is significant grey matter content in different areas of the brain.

The part of the brain responsible for executive functioning will be enhanced when you start learning how to play a musical instrument.

What we mean by executive functioning is the part of the brain responsible for making decisions, controlling behavior, solving problems, processing information, and enhancing memory.

You will also be good at multitasking when you learn how to play a musical instrument, which is why so many musicians can focus on several instruments simultaneously.

The part of the brain known as the hemisphere will witness an improved blood flow when you start learning about a musical instrument.

How Does Playing An Instrument Affect Your Brain 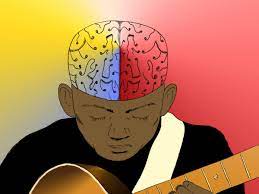 Music doesn’t benefit the brain alone, but other body areas also gain a thing or two when you generally learn how to play a musical instrument or learn about music.

This is why we mentioned earlier that it is never too late to start taking musical classes or learning how to play an instrument if you want to start enjoying all of the benefits that it brings.

Playing a musical instrument or listening to musical notes is likely to ignite memories of people or places you have visited. You will have to agree that the benefits of learning how to play a musical instrument are endless, but you will not be able to benefit from any of these if you do not start taking these lessons now.

Let us be realistic; whatever has a good side definitely has a bad side too. For example, learning to play a musical instrument might be beneficial, but it might also have some downsides. All of these affect the brain one way or the other.

You are asking yourself for a high level of commitment when you decide to learn how to play a musical instrument, and we all know how running and trying to meet up with our classes can be so challenging.

There are times when quitting halfway might be the only option you have, but you shouldn’t if you know what you are truly aiming for.

Take the piano, for example; their price tag and size might be factors that put you off from learning how to play them. This is because they require a lot of space to store them up and a heavy price tag to purchase them.

Neuroscience Of Playing the Piano 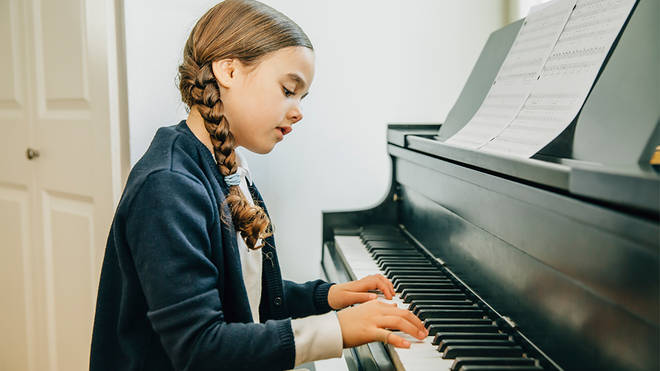 It is okay to liken piano and braces, but people will never outgrow playing the piano like they outgrow using braces. However, some people were lucky enough to take piano lessons at a very early stage in life, and this has helped shape their brains to be different from those of the average person.

The piano has proved to be the ultimate musical instrument that requires a lot of skill and demand, and an example is the need to learn how to play the piano using both hands.

As we mentioned earlier, the brain of a person who plays the piano is very different from that of someone who doesn’t. So this is why a pianist can find it easy to play the piano with two hands. This is because he has an outstanding and excellent brain capacity, which is different from someone who hasn’t played the piano before.

This isn’t just words, but there are scientific proofs to back this up. For example, learning how to play the piano involves using both hands to play, so a pianist will find it easy to overcome being right-handed or left-handed alone.

Pianists are built to develop their brains into well-rounded machines, and anyone who plays the piano will be very good at making decisions.

These show you how playing the piano fees complex on the brain, which goes for other musical instruments.

This might be difficult to understand, but learning to play the piano makes a pianist very exceptional. Piano players are very creative, which sets them apart from every average person who doesn’t play a musical instrument.

They have efficient, effective, and purposeful communication skills, which you don’t get to see every day. Piano players are also considered to be very good at multitasking and decision-making because there would be room for no doubt when playing the piano.

Final Note – How Does Playing An Instrument Affect Your Brain

We are talking about emotional, visual, and auditory inputs while listening to music has been described by recent studies as the best exercise for the brain.

Benefits Of Learning Piano As A Child

Benefits Of Learning A Musical Instrument As A Child