Home » How To Fix Static In Speakers 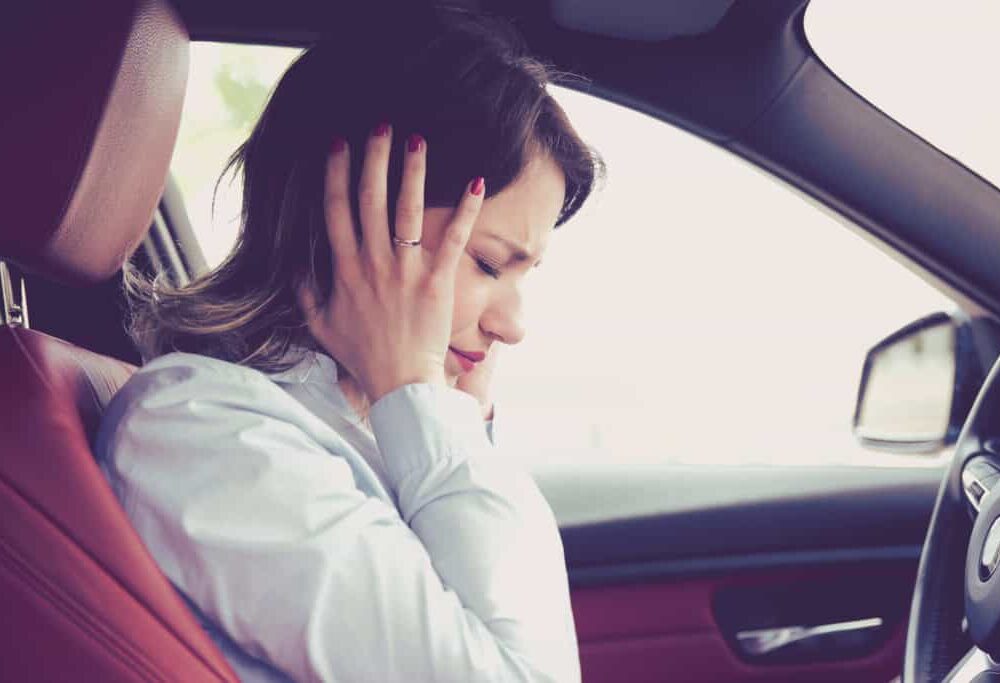 There are poor sounds you are likely to get from your speakers, and we are referring to buzzing, static, and cracking sounds. The bad aspect of this is you are likely to get this even though you are making use of a headphone. Putting up with this type of discomfort isn’t something any music lover will want to do, and you need to figure out ways on how to fix static in speakers. There are common reasons or causes why you will get static from your speakers.

One thing you must know is static sounds never sound pleasant when it meets the ears, and you need to take necessary steps to fix it or risk putting up with such irritating sound. If you don’t know the cause of static sounds in your speaker, you might end up disposing the speaker. What this means is identifying the cause of static in speakers provides you with a solution.

Getting static sounds when playing games, watching a movie, or listening to music is definitely going to interfere with the fun, and you will feel relieved when you realize that static sounds coming from your speakers can be fixed. First things first, you should know that speakers are designed to convert electrical signals into sound, and your speaker is going to do this irrespective of the fact that it makes use of a power outlet or batteries.

Wall speakers are also capable of producing static sounds, and this is possible as a result of picking up sounds from the environment where they are converting electrical signals into sound. Now, the unwanted sounds speakers tend to pick from their environment is what we refer to as static sounds, and we will be giving you more detailed explanation on what static sounds truly means. 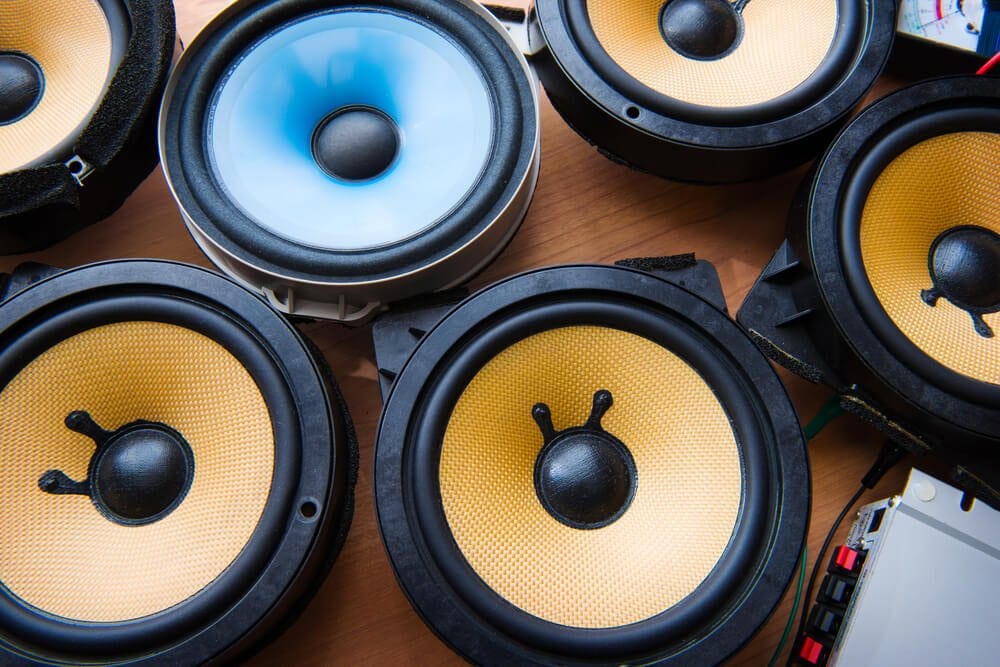 The sound interruption you notice when transmitting signals in a speaker is what we refer to as static sounds, and this tells you that so many signals are likely to be picked up by your speaker’s wiring. What this simply means that the presence of excess electricity passing through a speaker leads to production of static sounds, and this ends up leading to the production of distorted sounds.

Some of the factors that are likely to cause static sounds in your speakers include;

How To Fix Static In Speakers 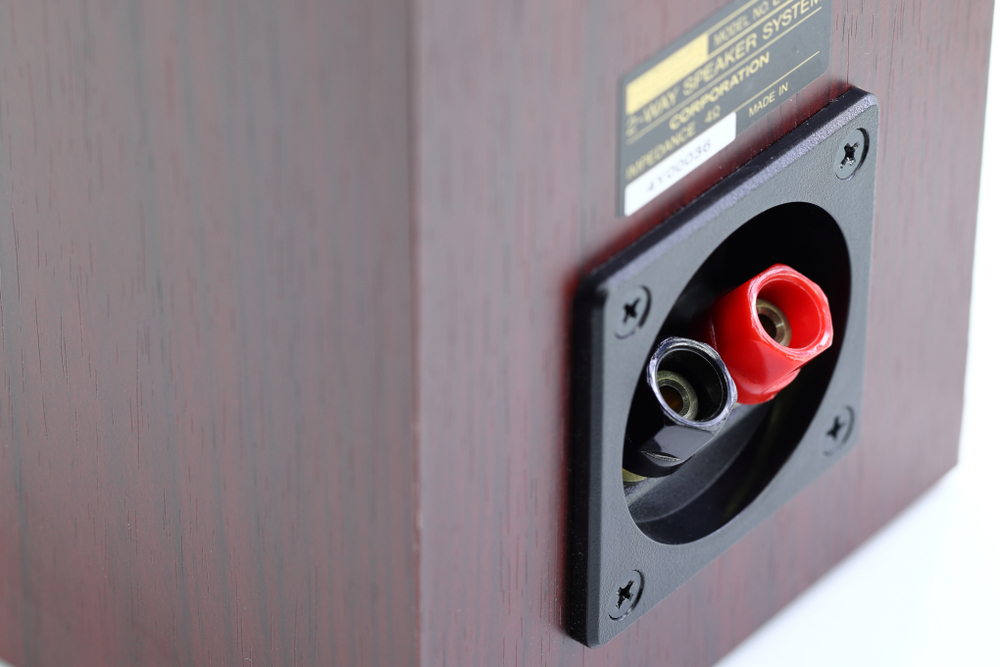 Speakers generate sounds through the use of electromagnets, and the movement of these signals leads to the creation of sounds. Speakers are able to pick up signals from nearby devices, and the send out these signals as output. This will cause static sounds to be produced, and the devices we are talking about here are microwaves, baby monitors, phones, routers, television, and so on.

How intensified interference gets will depend on the device struggling with the interference, and blocking your speakers from picking up unwanted signals is one of the easiest ways you can stop static from affecting speakers. You can also consider making use of shielded speakers and shielded cables, as they have designs that makes them more better than the everyday speaker wires and audio speakers.

One of the important materials inside of a speaker is the cone, and this cone works for amplifying sounds. Interestingly, a cone is made up of either paper, rubber, or plastic materials, and it is designed to be attached underneath the cone. A cone is also designed with the aim of sending sounds to the ears, but ensuring that all of the wires are properly connected behind the speaker so they can function properly.

Moving the cables to various angles is another right thing you should do if the wires are not bent or frayed, and doing this also helps in eliminating static sounds. Once a cone suffers damage then you are going to get static sounds, and this damage to the cone makes it vibrate towards the wrong direction. This will also lead to more static sounds to be produced when making use of your speakers.

Check This Out – Static Noise In Headphones

Poor Connection In Wires And Connectors

If there is a loose wire or poor connection in your speakers connector and wires then you are going to get static sounds, and properly inspecting your speakers is one of the easiest ways you can use in dealing with this problem. Make sure that you attach the wires properly if you find any that isn’t properly attached, then play a song to see if you will still get the static sound. Properly connecting the wires will get rid of the static sound.

Another possible cause why you keep hearing static sounds from your speakers is likely because of a damaged connector, and it always proves to be difficult when you want to repair a damaged connector. People tend to replace a damaged connector instead of repairing, and this is what you should consider doing if you are faced with the same problem.

Replacing all damaged connectors is very crucial, but it will be a wise move if you also inspect your speaker cone when wanting to replace damaged connectors. The reason for this is because your speaker cone is likely to be damaged too if your connector has suffered a damage, so checking the cone if it has tears on it is what you must do. You can also replace the cone if it damaged beyond repair.