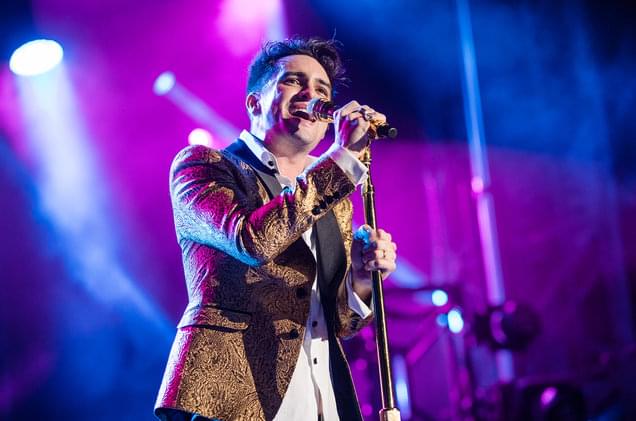 There are so many qualities Brendon Urie possesses that earned him the name vocal chameleon, and whenever Urie sings, he oozes class and brightness. So many upcoming singers are tasked on how to sing like Brendon Urie, but we all know that is one feat that cannot be easily achieved. Brendon is one of the most notable and respectable singers the world has ever known, and how he prepared his instrument is what made him so famous among several singers.

So many people describe Brendon Urie as a rare talent, and this is based on his ability to spread his vocal range across four different octaves. This is one feat that so many singers are yet to achieve, and having total control over his voice is an attractive feature of Brendon Urie. His ability to tune his voice while singing has the power to put any audience into a warm, comfortable, and relaxing mood. There are several other characteristics of Brendon Urie.

One of these characteristics is not stressing while singing and being able to project his songs nicely while singing, while good and unique voice combined with a natural tone makes it easy for anyone to recognize his voice. His agility build, athletic feature, and dexterity can also be seen in his voice and not just his appearance, and so many people loved him because of his ability to display his complex melisma. He portrays all of these when singing.

Even on imperfect recordings, you could tell how good the band and music was. Surprisingly, it wasn’t just about the band. It all had to do with Brendon Urie’s voice. His voice could tell you how special he is, and also earned him the name chameleon was his ability to transform the way he sounded on every album. Listening to Brendon Urie never got too boring or too old, but it always left the crowd and listeners wondering what stunt he was going to pull next. 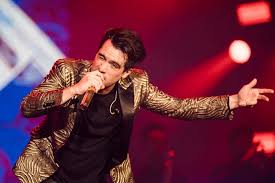 Whenever Brendon Urie sings, everyone paying attention will be able to pick out two unique features about the way he sings. It was just like the man never got tired of singing, and his voice would not wear off from letting so many words out. The way he tuned his voice while singing showed that there was enough air in his lungs, making it possible for him to sing for a long period.

Brendon possessed the ability to sustain for a long time because of the sufficient air present in his lungs, and he sustained successfully without having any glitch or alter to his tone, pitch, and stability. Speaking to the press during his career, Brendon disclosed that popular singer Gwen Stefani was his inspiration, and admiring her while he was young encouraged him on how to make good use of Vibrato.

Brendon found a way to release vibrato in a narrow and quick manner, and altering at any point with ease made singing very easy for him. Brendon was able to prove his singing ability to everyone in most of his songs, and he thrilled the audience with the ability to steadily sing disjointed lines. Brendon is a multi-talented and extraordinary musician of his time, and saying same lines repeatedly without switching vowels or syllables was his superpower.

Possessing a lower range that has proved to be extensively shocking for tenor is one of Brendon Urie’s amazing abilities, and this lower range can easily and comfortably reduce in the second octave’s bottom half. The mid range is another area where you will see the awesomeness of Brendon Urie, and this mid range is the highest range. Brendon has the ability to change, edit, and modulate his voice, and there is one area where he exhibited his musical prowess.

Brendon could deliver a deep tone, solid, and compact performance when delivering any of his notes, while showing attitude and emotion while singing gave him away most times.

What other singers envied about Brendon Urie was his powerful, resonant, and expansive belting range, and he can be able to do this through the combination of his head and chest. The way he commands his head vice and employing it is one outstanding feature that you will not see in so many singers today, and he possessed the ability to sing on a radiant, poignant, and light falsetto.

Another factor why Brendon was so popular was because of his ability to play out vowels with ease, and another of hos superpowers was finding it easy to concentrate on vowels. Being able to master this aspect helps in dealing with anxiety, and rehearsing how to concentrate on vowels is one of the surest ways to sound like Brendon Urie.

This is where we draw the curtain on this interesting article, and we hope that you have read and gotten familiar with how to sing like Brendon Urie. A point we will like you to note is it doesn’t matter whether you are singing in your studio, at home, or on stage, but what actually matters is employing the right tips and taking the right steps we have listed in this article so you can start singing like Brendon Urie.

Regarded as the best time to ever grace the microphone, Brendon was a legend at making good music. He was considered to be the complete package, and this is why everyone envied and wanted to sound like him.

What To Drink To Have A Good Voice For Singing

How To Make Voice Clear For Singing

Does Fitness And Body Type Affect Your Singing Voice